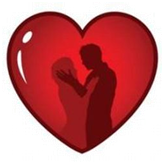 The Philippine Culture is a mixture based on ancient aboriginal tribes, 500 years of Spanish colonisation, 50’s America and the 80’s disco era. If this sounds interesting then read on..

Spain brought the Catholic faith to the Philippines in the 1500’s. Today traditional conservative families retain a high regard for the sanctity of marriage and believe the relationship between husband and wife to be the foundation of society. Divorce, premarital sex, birth control and abortion are frowned upon.

Like the Spanish the Filipinos are extremely romantic and passionate in love, have a high regard for honour, shame and vengeance. Language, food and enjoyment of singing and dancing also reflect a strong Latin influence.

In the 1950’s the Americans brought the English language which is now widely spoken. They also influenced the form of Government, the constitution and human rights and further instilled a familiarity with the Western way of life.

Life in Hong Kong is a mixture of good and bad for Filipino maids. Hong Kong is a big city full of new experiences. There is also the freedom, privacy, and anonymity of living in Hong Kong. At home in the Philippines, everyone knows what you are doing and strict social codes can make life claustrophobic.

Many domestic helpers in Hong Kong go through a period when they take full advantage of being able to do as they please, going to discos, smoking and drinking, and wearing short skirts or tops with ‘spaghetti straps’ which are considered very risqué in the Philippines. The opportunity to dance and flirt with men, without marriage in mind, is also something not common in the Philippines, where just being seen holding hands with a man can have serious implications.

However this fascination with new experiences wanes after time, and interests return to the more basic life of family and friends.

Not all women like discos. Many are very religious and spend their limited free time on church-oriented activities. For all, there is a network of friends made over time, combined with a secure and adequate income.

We hope we have given you an insight into the Filipino race and life in Hong Kong, but what about relationships and why would one of our Filipino ladies suit you?

In this section we make some generalisations. So please remember that our ladies are women first and foremost, including all the variety of types of personality that that encompasses. No woman is the same as another and her thoughts and feelings are her own.

Perhaps you wonder why a Filipino lady here in Hong Kong would put her profile on this site to find a man. There are many reasons. First, they are strangers here in Hong Kong. The terms of employment for domestic helpers requires them to live in a small room in their employer’s house, to be working and on call from Monday through Saturday every week. Only on Sundays are they allowed to leave the employer’s house. Thus they get very little opportunity to meet men.

On Sundays there is only one place where it is both easy and affordable to meet men – at the disco. Unfortunately, even if a woman wants to go to these places, most of the men she will meet there neither want nor are suitable for a long term stable relationship. The women on this site want more.

In addition, Western men are perceived as being very loving, and more modern than Filipinos. This means the woman can look forward to more freedom and a more equal relationship with a Western man. Finally, just as many Westerners are attracted to women of different races, many Filipino find the physical appearance of Westerners to be attractive.

You may have some concerns about why a woman would place her profile on this site. You may worry that perhaps she only wants to get married to obtain the right of abode in a Western country, then to divorce you and take all the money she can in the settlement. Although Asian Promise can make no guarantees, to the overwhelming majority of Filipinos this is the furthest thing from their mind.

Although the Philippines is not one of the richest countries in the world, Filipinos love their country, their home and their family. All other factors being equal, many Filipinos may choose to live there.

The most important thing by far to most Filipino women is to have a stable family, including a husband and children. Money, although of course desirable, is very much secondary to the stability of a loving marriage.

Why choose a Filipino lady

10 reasons for dating a Filipino

10 reasons why a Filipino would want YOU

The 1980’s saw a decline in the Philippine economy and many Filipino professionals and degree holders started to look abroad for better paid opportunities. Men went to work in the Middle East or on the ships. Women left their families to work as maids, factory workers, care givers or entertainers in different parts of the world like Singapore, Taiwan, Italy, United Arab Emirates, Japan, Canada and, of course, Hong Kong.

Today around 170,000 Filipinos are now living and working in Hong Kong. Around 5 to 7 % work here in a professional role but the vast majority are here as maids or domestic helpers.

To be able to work in a rich, advanced, liberated and multiracial country like Hong Kong is definitely a bonus. Being a “maid” is not a problem as long as it can support their children’s education, save enough for a small venture and some funds for future retirement.

Because of the educational attainment and cultural background of the Filipinos, Hong Kong Chinese and Western families give preference to them over cheaper less qualified maids from other countries.

Children of the employers are given free tutorials in English and some other subjects, the house is well kept, cooking is generally excellent and the maids have the ability to communicate well and learn Cantonese in a relatively short time.

However conditions are still tough for a domestic helper. They need to swallow their pride at being treated as low class citizens, they need to work a hard full 6 day week and they only manage a trip back to see their families in the Philippines typically once every two years.

Any suggestion and contribution for this page or Asian culture, please Contact Us.